More from the Yamishibai series: 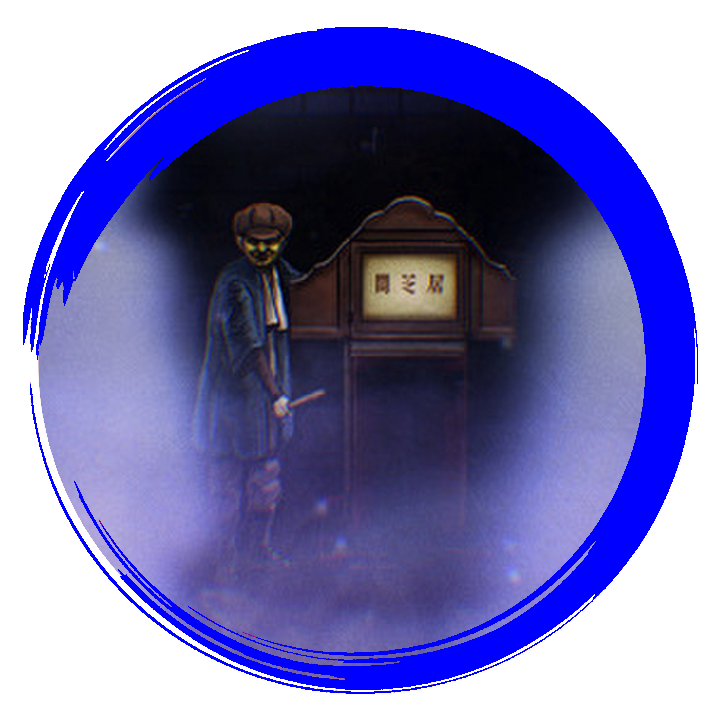 Yamishibai is a horror anime that began airing back in 2013. Each story (episode) is based on Japanese folklore and urban legends. At five minutes a pop, these tales tell of frightening phenomenon caused by ghosts, monsters, and other, often evil, supernatural entities.

Along with horror, Yamishibai has a distinct visual style. This series’ art takes inspiration from the kamishibai method of storytelling, which uses still images to tell a narrative. As a result, Yamishibai’s animation is usually very jagged and limited.

I won’t lie: Much of this franchise is meh. On top of that, there have been some real stinkers.

HOWEVER, Yamishibai survives because every now and then, it hits the bullseye.

The problem is — as of the posting of this list — there are six seasons, a.k.a., 78 stories under the Yamishibai banner. In total, that’s over SIX HOURS of content. Who even has the time? Evidently, I do, and I’m here to make your next Halloween horror-viewing a bit more efficient.

These are the Top Ten Yamishibai Stories.

This one fascinated me. Although it did have a tinge of horror to it, this story wasn’t particularly scary. Nevertheless, Capsule Toy Machine is here because it managed to create an air of pity.

How I took it: The character in this story was in a rut, and nothing was going his way. The capsule toy machine he came across looked like the ultimate form of escapism.

Unfortunately, this was nothing but an endless cycle of longing for days past.

A neat idea, if nothing else.

Guess what? That was plenty of information.

When watching, ask yourself: How far would I be willing to look? I imagine most of us would like to believe we could turn away the moment we feel we’ve hit a line that should not be crossed – myself included. Too bad the urge to peak can be overwhelming at times.

I was so happy season six had this story. This was the proof I needed to know Yamishibai had not exhausted itself yet.

In Frozen Memories you don’t see anything. The threat of something being behind the cabin door was what made this episode awesome. Maybe there was nothing. Whatever was causing the sounds could have been the aftermath of a broken heart hearing voices in the wind.

It was hard to say what was going on in this story, and for a series that has had a real problem with showing too much, this was a welcomed change of pace. Yamishibai needs to have more episodes like Frozen Memories if it wants to continue.

This one was unnerving. Unlike many other Yamishibai stories relying on randomness, Hide and Seek had a clear cause-and-effect consequence.

The boy in this story was warned not to enter the creepy, dilapidated house. Had he just listened, that would have been the end of it. Unfortunately, either out of curiosity, lack of belief, childhood mischievousness, or a combination of the three, the boy elected to disobey.

The secret behind Hide and Seek was its use of silence. Once the noise cut out, there was an immediate dread. The tension rose rapidly as a creature – something that should not have been possible given the location – drew closer.

What an excellent start to this series. The Talisman Woman was the first episode of season one, and to this day it remains incredibly creepy.

The thing about this story: It knew how to use misdirection. From the beginning, there appeared to be an obvious threat. The main character was dead focused on this woman who kept staring at him. Although this woman wasn’t the most pleasant person to look at and her methods were exceedingly off-putting, you should never judge a book by its cover.

You never know who may be trying to look out for you.

This was a great monster story.

How many of us have seen movement right outside our peripheral vision? Have any of you ever considered what would happen if something was actually there? Then what if that something looked back?

I love this story for two reasons. One, it took place in the middle of the day in the middle of a city, and this thing still showed up. Two, Wall Woman captured the feeling of helplessness.

I can thankfully say I have never been in a position where I knew an unknown creature was staring back at me. I hope it stays that way.

I reviewed the first season of Yamishibai a while ago, and there is a shot in this story that still gives me the chills.

The power of Zanbai hit right at the end. Everything before that point was one-hundred percent unnerving, but that last minute was beyond tense.

A brilliant touch to this story was how little information there was. We never learned why the main character was targeted. We never got the full picture of what befell him. At the last second, there was only a choice and zero time to make it.

I made it a point not to call this list: The Top Ten SCARIEST Yamishibai Stories. There was one I knew I was going to include because it was brilliant.

What Yamishibai did in Flower Reading could be this series’ future. Ghost stories don’t have to be horror. This episode proved that.

I can understand if you only want Yamishibai at its most frightening. That’s all well and good, but I urge you. Don’t skip Flower Reading.

There have been tons of disturbing images throughout the Yamishibai series. They are part of the reason why I keep coming back. But nothing has ever reached the level Contradiction did.

There is a shot in this story that scares me. No joke; I don’t like looking at it.

This image is so frightening to me, watching Contradiction a second time was way worse than the first. With every subsequent viewing, I know it’s coming, and I don’t want to see it.

If your mind grows active at bedtime, good luck with this one. If you’re anything like me, you’ll be seeing something glaring at you in the darkness.

I knew what number one was going to be long before I ever decided to make this list. I have been waiting for Yamishibai to top what it did in Hair, and nothing has ever come close.

This one scared the s@#$ out of me when I first saw it. There was something at the start of this story that instantly made me throw up my hands and go: NOPE. Then if you can believe it, Hair got even more intense from there.

And that’s all I’m going to say. Have fun folks.

Without a shadow of a doubt, Hair is the number one Yamishibai story.

As stated earlier, I highly suspect this list will require an update someday. Frankly, it would be strange if Yamishibai 6 ended up being the final season. Why call it quits now?

Assuming there will be more, I’m not sure where this series plans to go.

If these ten stories are any indication, though, Yamishibai has delivered effective horror in the past. I have every reason to hope it will continue to do just that.

But these are just my thoughts. What are yours? Have you seen this show? What would you say the top Yamishibai stories are? Leave a comment down below because I would love to hear what you have to say.

And if you liked what you read, be sure to follow me on my social media sites so that you never miss a post or update. Also, please share this review across the internet to help add to the discussion.

I’m LofZOdyssey, and be sure to come back next Wednesday, October 31st, as we conclude 2018’s Countdown to Halloween with Anime Hajime Impressions: Corpse Party – Blood Covered.

More From the Yamishibai Series