***Warning, the following may contain spoilers for Doreiku The Animation. Reader discretion is advised.***

Whispers are going around about a mysterious device called the Slave Control Method (SCM). With this, according to the rumors, a person can turn someone else into a fully obedient slave. No matter the order a slave’s master gives, an SCM device will drive a person to do precisely what they are told to do. Such an item is so ridiculously fantastical, it can’t possibly exist.

Frighteningly enough, though, SCM devices are all too real.

Eia Arakawa (voiced by Hibiku Yamamura) finds herself in the middle of this world of masters and slaves. Like a disease, SCM devices begin to spread and consume users. Eia must use her quick thinking and cunning if she wishes to keep her freedom.

However, the lure of total dominion over others attracts many individuals with less than honorable motivations. SCM devices are about to start a battle of wits and deception to determine who will remain in control.

What did I watch?

Doreiku The Animation was amazingly stupid. Not the “ha-ha this is funny” kind of stupid. No, this series was a nonsensical travesty marred with forced confusion, little focus, and almost zero interesting qualities.

I say “almost zero interesting qualities” because there were two ideas which worked in Doreiku’s favor. These ideas didn’t amount to anything, which was a shame, but nevertheless, I’m compelled to mention them. To be honest, if I don’t, I wouldn’t know how else to adequately express how far off the mark this show was.

First, the central premise of Doreiku could have been something worthwhile.

SCM (which I always read as “scum” for some reason) was a device which turned users into obedient slaves. How does a series waste such a concept? This had the potential for thriller or psychological-horror written all over it. Naturally, it would probably have to be one of those two genres since anything else would be a bit awkward.

It would be weird for a show to throw in typical anime-BS-comedy after it already had scenes of uncomfortable violence, assault, and, you know, established itself as a story about turning people into slaves. Yeah, it would be f@&$ing dumb for a series to do that.

Idiocy notwithstanding, the SCM devices were the best – I say while trying to hold myself back from vomiting– part of Doreiku. Granted, that’s not saying much since the SCM devices would have likely been the most fascinating aspect in any series. The only thing Doreiku did was poop on this idea by throwing in characters with thin motivations and even thinner self-preservation instincts.

This Positives Section is not going well, is it?

The second element Doreiku had in its corner were the rules governing the use of the SCM devices.

I won’t label the entire series as such, but the SCM devices were a form of science-fiction which does better when there is a clear understanding of how it works. While it may seem like adding a bunch of conditions would be the same as limiting what a story can do, that only becomes the case if the rules set such limitations themselves. A firm list of Do’s and Don’ts can ground a story by helping control the number of needless plot holes and cheap moves.

Here are some of the rules to SCM devices according to what was said in Doreiku:

I will give Doreiku credit, this was not a bad set of rules. That said, I do have a few issues with them.

Points 1 through 5 I get; although point 3 was very haphazardly explained in this show. Point 6 seemed unnecessary because how could an utterly obedient slave lie to their master in the first place? Also, if you think point 6 was a rule I inferred, it wasn’t. This series went out of its way to explain it.

Of all these conditions, though, point 7 — which I will call the Death Rule — was the most bothersome.

Thanks to the existence of the Death Rule, much of the bite Doreiku could have had was gone. I will admit, there are plenty of cruel acts a master could demand a slave to do besides ordering death, and this series illustrated those. Conversely, there are as many awful things which would have created an insanely more terrifying sense of direness. Too bad those more severe options simply weren’t possible in this series.

This series circumvented, forgot, and even broke its own rules.

One of my “favorites” was when a master ordered their slave to sit naked in a tub full of ice water. My question is: Why didn’t the slave object to that? Hypothermia can easily result in death, and therefore, the Death Rule should have come into effect.

Another frustrating instance was when a loser of a duel was not punished. On the contrary, this series pretended the loser was actually the victor.

The agreement was, opponent A would save opponent B’s friend. Opponent A would win the duel if THEY were successful. Although opponent B’s friend was rescued, A had nothing to do with it. Instead, random person C did all the work which meant A wasn’t the savior, and thus, A lost, and thus, this series should have gone in a completely different direction. But no, apparently, opponent A had to win, and opponent B had to lose. So, guess what? Screw the rules Doreiku set for itself; it’s not like those things are important.

Before I go on with this section, please know there were several story breaking moments in this show. I could spend all day explaining why you should stay away from this series. Fortunately, I don’t have to do that since I can sum up everything with just one example.

Can we talk about how Doreiku was incomplete?

This show established there were 23 SCM users.

Main character Eia Arakawa’s goal was to free everyone from the SCM devices. However — and spoilers — if you look at the last episode, there were only 21 people. Did this series forget to include two? No, it did not.

In the first episode, Doreiku showed us the missing users, and then this show never talked about them again. The only reason I remember these two vividly was because for the brief moment they were in this story, they fully encapsulated the irritating mess that was about to unfold.

The missing two were a man and a woman — I don’t believe either had names, and I don’t care if I’m wrong. The man had sexually assaulted the woman, and the woman then used the SCM device to get her revenge. Side note: The woman’s plan to trick the man into an unwinnable duel was unnecessarily elaborate, but since I was on her side, it wasn’t that big of a deal.

Once the man was a slave to the woman, the scene that followed indicated this show would have an irredeemable misunderstanding of how tone and atmosphere work. A bit of tense music does not suddenly turn the woman who was attacked into the villain in this situation.

From that moment on, Doreiku became a series filled with a staggering amount of incompetence.

Every single character was insufferable. I could not have given less of a s@&$ about anyone, and I sure as hell wasn’t a fan about this show’s insistence on giving most everyone a backstory.

Things happened that made no sense. Character loyalties changed so often it was hard to keep track of what was going on. This series couldn’t go two episodes without changing its antagonist. The duels were childish and had no sense of excitement to them. This show tried to puff-out its chest and pretend it knew how to play mind games. You could skip massive chunks of this “story” because of the amount of narrative fluff. The animation was subpar. The voice acting was unmemorable. And above all else, this show was boring.

Doreiku was bad. Thankfully, this series was so unremarkable, I was forgetting it as I wrote this review.

I never want to think about this series again. Of all the bad shows I’ve seen from 2018, this one was amazingly misguided; and I say that having already sat through Caligula.

This was a case of everything being wrong. Actually, no, it was much worse. There are many series which have bad characters, poor animation, and BS stories. This one took things a step further. At its core, it was simply awful.

Doreiku The Animation is not even worth considering.

But these are just my thoughts. What are yours? Have you seen this show? What would be your advice concerning Doreiku The Animation? Leave a comment down below because I would love to hear what you have to say.

And if you liked what you read, be sure to follow me here and on all my social media sites so that you never miss a post or update. Also, please share this review across the internet to help add to the discussion. 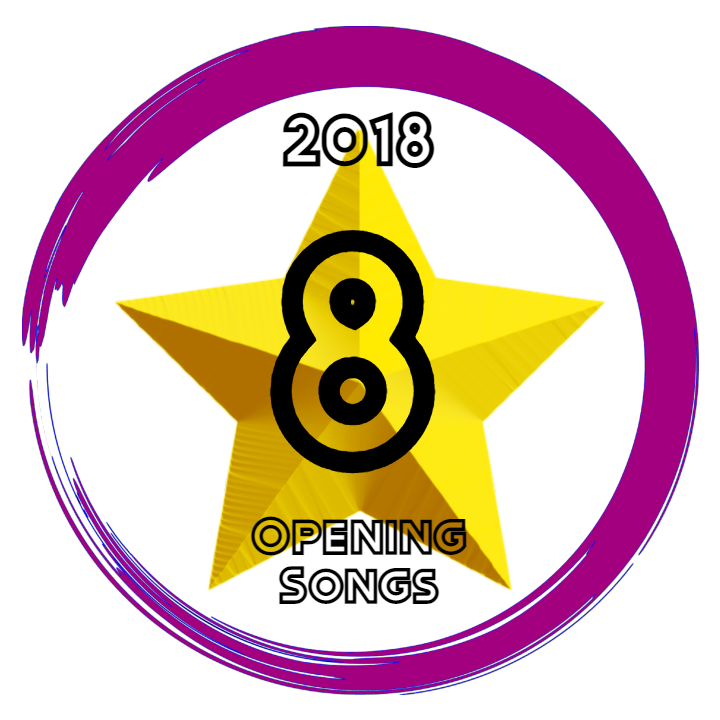