***Warning, the following may contain spoilers for Wandering Witch: The Journey of Elaina. Reader discretion is advised.***

Inspired by her favorite book, Elaina (voiced by Kaede Hondo) has always wanted to become a witch and travel the world.

She puts everything into her studies, and soon Elaina achieves her dream. Taking the name the Ashen Witch, Elaina begins her journey.

Where she might go, she doesn’t quite know, nor does she care. As long as she is always on the move, Elaina feels content. However, she must sometimes contend with obstacles that will test her magical ability, and not everything will go to plan.

I’m not sure how to begin this review. I suppose the first thing I should say is:

Next, I would want to tell you what this show was. Unfortunately, this is where I am running into the problem. This series was many things – for better or worse. Thus, to put it as simply as I can, Wandering Witch was an adventure story, not a comedy.

Although there were comedic elements, and much of this show was lighthearted and silly, that wasn’t always the case. Please do not go into Wandering Witch expecting a cutesy tale of magic and low-intensity complications. In fact, don’t assume you’ll even be getting an overarching story. There was progression, sure, and episodes shouldn’t be watched in random order. Nevertheless, there was no end goal of any kind.

When it comes right down to it, you should take this series’ title quite literally.

This is the story of Elaina, a wandering witch. This show told only snippets of her many adventures.

If you think I am setting up for a rant, you misunderstand. This was the precise reason I thought Wandering Witch was as good as it was. This series was about a traveler, and it firmly stuck to that notion.

For Wandering Witch to sell this point, Elaina needed to be a well-rounded character. This show pulled this off masterfully. Without resorting to long-winded expositions explaining witch culture and the role of magic users, we got a full sense of what this world was like through Elaina’s actions and interactions.

To start, Elaina was a powerful witch, but she wasn’t exceptionally so. She had a robust command of how magic worked and was undoubtedly an above-average caster. Yet, there wasn’t anything extraordinary about her. Elaina had people’s respect, not because she was a top witch, but because she was a witch. In this world, Witch was a title that needed to be earned.

This was best demonstrated when Elaina met other witches. Some were stern, others were goofy, and a few were a bit spacey. However, no witch was incompetent. A great example of this was Saya (voiced by Tomoyo Kurosawa).

When first meeting her, Saya wasn’t even an apprentice witch; she had yet to pass her Magic Exam. With Elaina’s help, Saya built up the confidence to break through to the next step of her magical career. When we next saw her – which could have been several months to a year later in the timeline – she was a fully qualified witch, and she did not need Elaina to watch over her. Saya was fully capable of holding her own and was likely as powerful as Elaina.

Seeing this gave prestige to the title of Witch. You could assume anyone who was one had the magical skill and knowledge to do amazing feats.

Elaina and Saya appeared novice when next to more seasoned witches because they lacked experience. Give these characters twenty years, and there is no doubt they would be at the same level as their teachers.

This inherent competence allowed Elaina to jump from city to city in every episode. There was never an issue that needed to be carried over; there was no ultimate evil. And if there was some ultra-powerful opponent, so what? What business was it of Elaina’s to concern herself with a region’s problems?

Elaina was a traveler, not a savior. If someone was being a prick in front of her, and she could stop it, she would. But, she would not go out of her way to meddle in affairs that weren’t hers.

For instance, Elaina came to a small village and met the village chief’s son. The boy, who was also a mage, was collecting happiness to give to the girl he had a crush on. Elaina was invited to the boy’s home. There she learned that the boy’s crush was the slave owned by his father. The poor girl was cruelly treated by the chief and was constantly in a state of crippling depression. I’m not going to give the point of the episode away, but Elaina left that afternoon. She didn’t stay to help the girl or try to release her.

Elaina exited the situation as it was and knew not what became of anyone involved. This wasn’t a happy ending, and this wasn’t an uncommon thing for Wandering Witch to do. This series left behind many unanswered questions, and I can’t say it was a bad thing.

As for Elaina herself, she was the real star of this show. She wasn’t a one-note personality, nor did her character alter drastically to fit a specific circumstance. Elaina was who she was and acted accordingly. She could be happy-go-lucky, carefree, and laidback as often as she could be severe, studious, and intimidating. Her power allowed her to command a room, which was usually enough for her to get out of most confrontations. Still, it was clear she was just at the beginning of her witch career. There were things she did not know, and she could sometimes find herself in situations that were way over her head.

Plus, there were times when Elaina didn’t come out on top or unscathed. During her travels, some moments tested and even surpassed her limits. There was an episode where she did not come out okay and was severely scarred by the experience.

But as Wandering Witch continued, you could see how much Elaina was growing. I know I would like to see more of her adventures someday.

I take no issue with a series that can be both funny and dark; I believe the two extremes can coexist. And in Wandering Witch, I thought they did coexist rather well – for the most part.

That was until this show thought it was a good idea to crank everything up to eleven. There were a few frightening moments throughout, but out of nowhere, Wandering Witch would become a horror story. Which, okay, fine. However, this series would then never acknowledge what it did.

I don’t want to detail exactly what happened, but you should be warry when you come to episode nine. The show you thought you were watching is NOT what you’re going to get there.

Aside from that, Wandering Witch suffered from a predictability problem. Never once was I surprised by this show’s twists. It was always very apparent what direction an episode would go in, and it never deviated from a set path. Although Elaina’s adventures were well-told, they were adventures you’ve heard thousands of times before.

I suspect you will leave this series impressed by its visuals, characters, and tone. Too bad, I also think you’ll be tempted to skip through much of the narrative fluff. And there would be no consequences if you were to do so; you’re simply not going to miss out on anything crucial.

Be that as it may, if you’re okay with a highly polished version of familiar territory, then you’re going to enjoy Wandering Witch just fine.

This show was an adventure story that could be silly and lighthearted. And it could also be not that.

This is a series about a traveler trying to see the world. What might be seen and what might be experienced won’t necessarily be easy going. But that was made this show so much fun to watch. You’ll never be quite sure what sort of tone you’re going to get.

Combine that with stellar animation, great characters, and a fantastic protagonist; you have a series worth watching.

Wandering Witch: The Journey of Elaina has earned a recommendation.

But these were just my thoughts. What are yours? Have you seen this series? How would you advise Wandering Witch: The Journey of Elaina? Leave a comment down below because I would love to hear what you have to say. 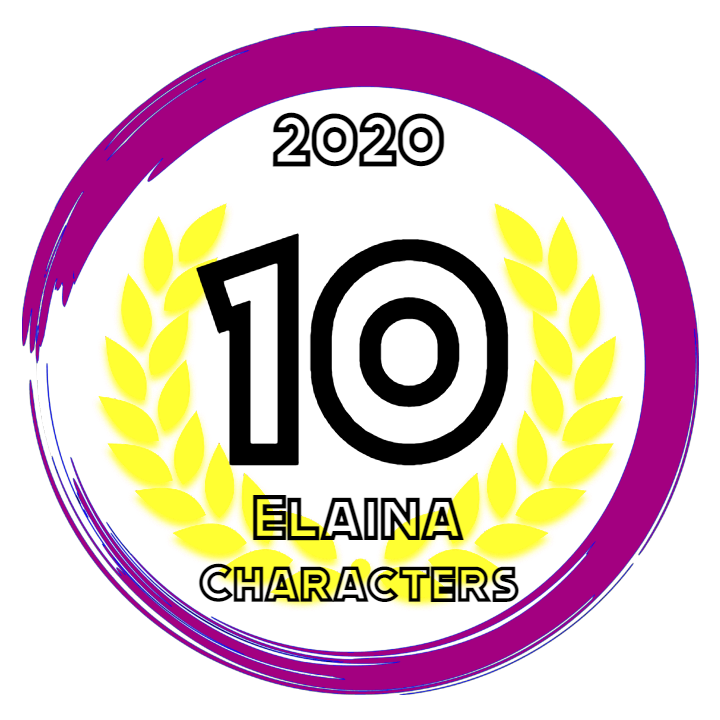 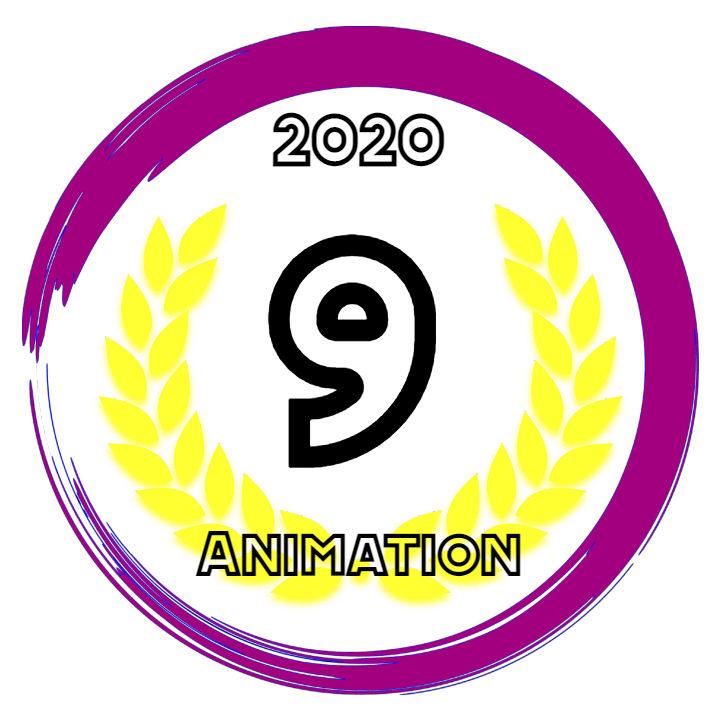 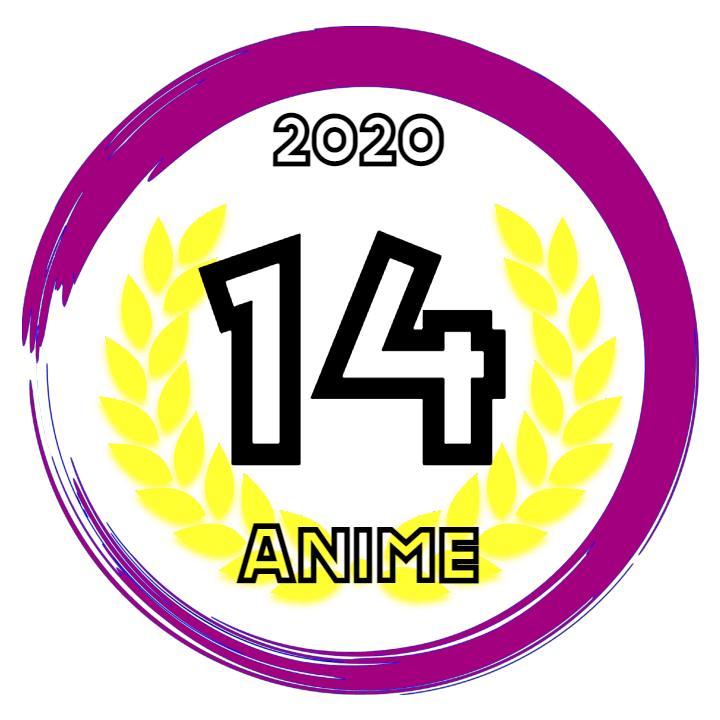