***Warning, the following may contain spoilers for Ascendance of a Bookworm. Reader discretion is advised.***

One day, a frail young girl (voiced by Yuka Iguchi) wakes up in a world she does not recognize. The last thing she remembers was her reading peacefully in a library full of books. Now, she is in a body she does not know.

The girl learns her name is Myne, and somehow, her old life had ended and she has been reborn in a strange new place.

Although this is concerning, Myne thinks she can get by so long as she can spend her days reading. However, to her horror, books and other writing materials are incredibly expensive, and only the richest have any real need for them.

Undeterred, Myne decides that if she cannot buy a book, she will just need to make one herself. In her quest, Myne brings about advancements in many different disciplines. And soon enough, everyone will come to learn her name.

Ascendance of a Bookworm was certainly something. A few episodes into this series, I was sure I was going to be tearing into it later. The pacing was slow, the world appeared dull, and there were a handful of other aspects that managed to tick me off. Plus, I was shocked to learn this show was actually an isekai anime (a story where the main character is usually brought from a more contemporary world to a more fantasy-based one). It appeared as though such a detail was utterly unnecessary.

In other words, had I stopped after episodes one or two, this review would have been entirely different, as well as entirely unfair. After all, there is a reason why I finish every series I start. What may initially seem frivolous might have immense significance later. We need to remember; a story is not over until it is over.

Despite my original disinterest in this show, I realized somewhere midway through that not only was I intently watching, but I was also actively enjoying it quite a bit. I can’t tell you where or when it happened, nevertheless, Ascendance of a Bookworm had hooked me. Much of what I thought was pointless fluff turned out to have a purpose. This series wasn’t wasting time, it was building a foundation for what would become something surprisingly substantial and unique.

For the moment, let’s focus on the fact that this was an isekai anime. Specifically, Ascendance of a Bookworm stood out in such an oversaturated genre because of everything it didn’t do. First off, it took a while for this series to establish that main character Myne had been reborn into a fantasy world.

No, before we get to that, we’ve already used the wrong words. It is questionable if Myne was reborn at all.

In other isekai stories, a character is brought to, summoned, or, like I said, reborn into a world unfamiliar to them. This can be for a variety of reasons: a magic spell, reincarnation, a glitch in the matrix, you name it. In the case of Ascendance of a Bookworm, Myne, whose real name was Urano Motosu, reawoke in the body of a frail girl. Although Myne (Urano) was clueless to the workings of her new surroundings just like every other isekai protagonist, she was starting from an interesting position since there was an actual life before hers.

This was one of the places I thought I would need to rip into Ascendance of a Bookworm. At first, it looked as though the idea of Myne (Urano) taking possession of someone else was going to be glossed over. Assuming the story doesn’t give a better reason some time in the future, wouldn’t this mean that actual Myne died and that the family she left behind was caring for and giving their unquestioning love to an imposter?

That isn’t something a story should ignore, and to my great relief, Ascendance of a Bookworm did not. In fact, Myne (Urano) was acutely aware of what her existence must have meant, and she was willing to let go of her lie (even if the consequence was her death) if her new family and friends couldn’t accept the situation she didn’t want. Of course, this series didn’t close the subject, but just having it be said aloud added a lingering sense of tragedy.

Now to return to what I was saying previously: Ascendance of a Bookwook took its time to establish that its story’s setting was in a fantasy world.

Then again, I suppose I need to confirm what I mean when I use the word “fantasy.” For some, a pre-printing press world may be fantastical enough, but what I am referring to is the existence of magic. There were small hints that suggested this series’ world was, indeed, more mythical than our own, but it was a while before this show referred to actual magic.

Another way Ascendance of a Bookworm was different than the average isekai anime was with Myne’s goal. In even some of the best isekai shows, the story revolves around going on adventures and fighting epic battles. In this series, Myne wanted to accomplish something comparatively mundane: making a book.

So, if you’re looking for high adventure, then trust me, Ascendance of a Bookworm should be a hard pass. However, the charm you would be missing out on if you were to pass was a tale that was much more grounded. Myne and other characters worried more about day to day life and what job to pursue in the future. The people they met weren’t great adventurous or powerful sorcerers, they were blacksmiths, shop owners, merchants, and soldiers. Magic, though it existed, was a luxury item used more for business rather than going on epic quests.

I wouldn’t use the term “exciting” to describe Ascendance of a Bookworm, but not every story needs to leave you at the edge of your seat. This series was more detail-focused, and growth had nothing to do with fighting a tough opponent with a sword. Instead, characters like Myne needed to use their intelligence and creativity to get ahead.

Admittedly, I assumed the worse when starting this show. I had too many preconceived notions, as well as a severe case of tunnel vision. Although I tell you to give every series a chance, it is good for me to be reminded of that standard myself.

Go into Ascendance of a Bookworm expecting it to be a slower burn. This was a show that was more concerned with crafting a world and telling a story then it was with throwing as much action at the screen as possible. And I’ve got to say, the result was something pretty great.

I can’t say I liked Myne. She is my biggest problem with this show.

Now, let me be clear. Myne was not infuriating. She wasn’t actively dragging this series down, and believe me, I have seen way worse. Actually, if you were to ask whether I thought Myne was a good or bad character, then I would have to concede that she was a good one.

It might seem petty on my part, but Myne always came off as very bratty to me.

This is all I have bad to say about this show, by the way. If you feel like skipping to the end, I won’t fault you. I’m simply taking this moment to do a bit of nitpicking.

Myne was somewhat of a know-it-all. It was amazing how many times she was surprised by what people didn’t know, despite having acknowledged the state of her environment. In a society that hadn’t figured out how to make wood-based paper, is it that much of a shock to learn they didn’t realize the benefits of shampoo?

Also, Myne was quickly flustered when, apparently, people couldn’t read her mind; like when she was trying to make different forms of paper. Granted, the incident with the clay tablets was screwed up, and I totally get why Myne would have been and had every right to be upset about that, but what of the woodblocks? On the one hand, it was possible her mother didn’t understand what Myne was trying to accomplish. On the other hand, though, wasn’t it equally likely that Myne’s mom wasn’t psychic and thus thought that the pieces of wood sitting in the place where firewood was stored might be there for a reason other than writing, an activity most people didn’t know how to do?

I did like this series, so it is a shame that my least favorite aspect of it was its main character. I suspect that could be an issue since it would appear Ascendance of a Bookworm will be receiving a second season during the spring of 2020.

Well, I was proven wrong once already. Maybe it will happen again.

I always want every series I watch to be good. Unfortunately, it is all too common for a show to fail to grab me at the start and for it to lost me forever. However, sometimes I am drawn back in, and such a thing happened here.

There was a lot more to this story than what was on the surface. I believe there is an expression that uses books and covers, but I think that would be a little too on the nose to use here. That doesn’t make it any less accurate, though.

This series hooked me, and I can’t wait to see where it goes next.

Ascendance of a Bookworm has earned a recommendation.

But these are just my thoughts. What are yours? Have you seen this series? How would you advise Ascendance of a Bookworm? Leave a comment down below because I would love to hear what you have to say.

And if you liked what you have read, be sure to follow me on my social media sites so that you never miss a post or update. Also, please share this review across the internet to help add to the discussion. 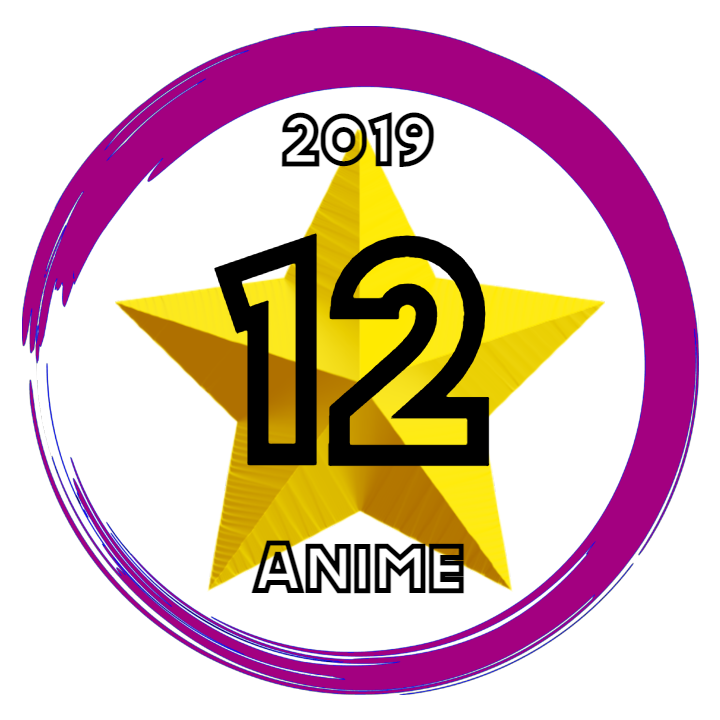